Only a few weeks ago it was revealed that Eton, for example, received £3.3 million of rental income from its real estate portfolio and £5.8 million from selling commercial property. Why it deserves tax exemptions not afforded to state schools is a question that continues to baffle those of us who want a fairer education system for all. 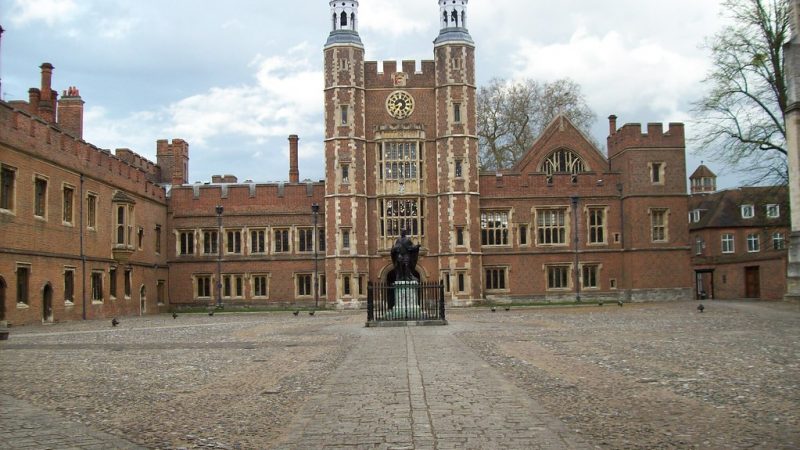 Whenever the socially segregated nature of our country’s education system is highlighted and whenever someone tries to level the playing field and tackle the unfair and unearned advantages of private schools which perpetuate so many inequalities, there are often accusations that we want to ‘level down’ our ‘best schools’ rather than levelling up state schools.

The same arguments are trotted out again and again in almost ritualistic fashion whenever the inequalities in our education system between state and private schools are highlighted. ‘Just improve state schools’, they scream or your accused of the politics of ‘envy’.

Those arguments were on fully display yesterday after Keir Starmer once more reiterated Labour’s pledge to end charitable status for private schools.

Sir Keir said: “When I say we are going to pay for kids to catch up at school, I also say it’ll be funded by removing private schools’ charitable status.”

It’s mind boggling that private schools still have charity status, meaning that they receive tax exemptions. Only a few weeks ago it was revealed that Eton, for example, received £3.3 million of rental income from its real estate portfolio and £5.8 million from selling commercial property. Why it deserves tax exemptions not afforded to state schools is a question that continues to baffle those of us who want a fairer education system for all.

You will of course have those who then claim that private schools deserve their charity status as they save the taxpayer a great deal of money because they don’t ‘burden the state system’. How many millions will you need to educate these extra students they say, if more parents are incentivised to send their children to state schools that the vast majority of us attend.

First of all, I think it would be a good thing if more parents from privileged backgrounds send their children to state schools, for it would mean that they too would now have a stake in improving state education.

Secondly, if they’re concerned about the extra millions of pounds that would be needed as a result of more students being educated in the state sector, and their overarching concern is the economy, what about the millions, potentially billions, of pounds lost to the economy as a result of those from working class and disadvantaged backgrounds not being allowed to fulfil their potential because of a two-tier education system.

It’s not all about merit either. We’re often told the education at private schools is better which is why students from private school backgrounds go on to disproportionately dominate certain professions or go on to earn more.

The Social Mobility Commission highlights a class pay gap and how even when they have the same education attainment, role and experience as their more privileged colleagues, those from poorer backgrounds are still paid an average of £2,242 (7%) less. Indeed, people from working class backgrounds who get a professional job are paid an average of £6,800 (17%) less each year than colleagues from more affluent backgrounds. Where’s the concern for the millions lost to the economy then?

But sure, let’s keep telling ourselves it’s all about merit.

Meanwhile, under the last 12 years of Tory rule, education budgets have been slashed, with the IFS reporting that the average private school pupil had £6,500 – or 91.5% more – spent on them during the 2020-2021 academic year than the average peer at a state school.

The most deprived secondary schools in England saw a 14% real-terms fall in spending per pupil between 2009–10 and 2019–20, compared with a 9% drop for the least deprived schools. It’s ironic then that the defenders of private education and all the perks it brings are accusing the Labour Party of ‘levelling down’ when the Tories have levelled down state schools for over a decade.

The truth is that no one sends their children to a private school just for the educational benefits but also because they know it will bring many unearned advantages not linked to educational attainment and give them a head start in life.

It’s about time then that we properly tackled our segregated education system and used extra funding from ending the charitable status for private schools to help the most disadvantaged.