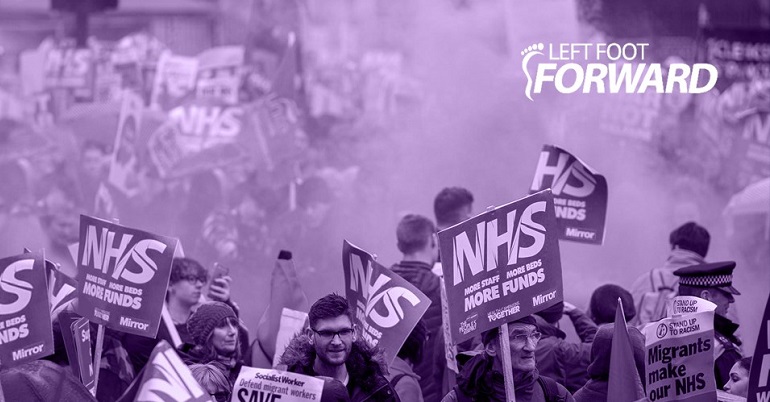 Left Foot Forward is taking a brief break for the bank holiday weekend. We’ll be closed from Thursday June 2. But we’ll be back up and running with hard-hitting news and analysis by and from the UK Left on Monday June 6.

That means we won’t be publishing new articles over the weekend. In the meantime, why not read these pieces – a run down of some of our most read articles so far in 2022.

Nadine Dorries has a reputation for endless gaffes when it comes to Channel 4. First, she didn’t seem to understand how the broadcaster was funded. Then, she misunderstood the outcomes of her own consultation into the government’s proposed sell-off. Channel 4 called out Dorries on that, with the perfect response.

2. The government has facilitated frauds and tax dodges running into tens of billions of pounds – Professor Prem Sikka

The scale of croynism during the Covid pandemic is well documented. But increasingly, we’re also learning more about the degree of fraud that took place through government initiatives like the furlough scheme and bounce back loans. Professor Prem Sikka looks at this in detail and what it shows about Tory economic competence.

GB News has become something of a running joke. Dwindling viewing figures. Broadcasting misinformation. Rabidly right wing pundits. Earlier this year, the broadcaster made claims in the Press Gazette that the it was ‘bouncing back’. We took a look at the truth behind that claim.

In January, we launched Right Wing Watch – our project to provide ongoing, systematic monitoring of the mainstream right in British politics. One of the first pieces of research we did looked at the big money backers of politics in the UK. We found £86 million in donations since December 2019 – 39 per cent of which went to the Tories.

5. We don’t need lectures from the rich on pay restraint – Sharon Graham

With the cost of living crisis starting to bite earlier this year, trade unions have been fighting for pay rises across the country. Unite has been among the unions winning major pay awards through industrial action. However, the Governor of the Bank of England has been calling for pay restraints. Unite’s General Secretary Sharon Graham wrote for LFF in February why we shouldn’t be taking lectures from the likes of Andrew Bailey.