From Partygate to Owen Paterson and from Islamophobia to the Downing Street flat, Johnson’s government has been riddled with scandal 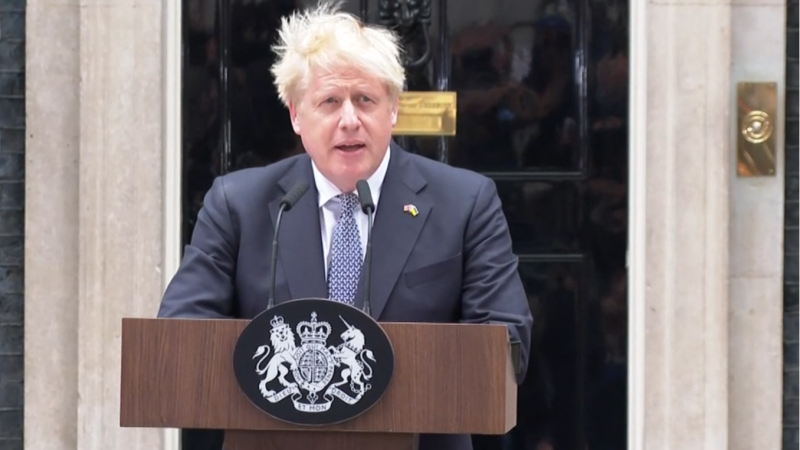 Boris Johnson has resigned as Prime Minister in the wake of mass ministerial resignations following sexual misconduct allegations against the former deputy chief whip Christopher Pincher. But the Pincher scandal has been just one of many that have rocked the Conservative Party and plunged Johnson’s administration into crisis. Here are eight of the other big scandals that led up to Boris Johnson’s resignation.

In early 2020, Home Secretary Priti Patel was accused of trying to force out the most senior civil servant at the Home Office, Sir Philip Rutnam. This triggered a wave of bullying allegations levelled at Patel. In November 2020, an inquiry found that Patel had breached the ministerial code, finding that she had “not consistently met the high standards required by the ministerial code of treating her civil servants with consideration and respect” at the Home Office and other departments she had been a minister in.

The convention is that ministers found to have breached the code should resign. Patel, however, remained in post, and Boris Johnson said that he had “full confidence” in her.

Instead of Patel, the scandal led to the resignation of Sir Alex Allan from his post as Johnson’s advisor to the ministerial code.

An investigation into the allegations from Lord Geidt – then the Prime Minister’s adviser on minister’s interests – confirmed that Tory party donor David Brownlow had paid for the refurbishment at the flat. Geidt ruled that Johnson had not breached the ministerial code in taking this donation, but nevertheless said Johnson was unwise to have “allowed the refurbishment of the apartment at No 11 Downing Street to proceed without more rigorous regard for how this would be funded.”

A later investigation from the Electoral Commission reported in December 2021 that the Conservative Party had failed to follow the law in not accurately reporting donations from Brownlow, and fined the party £17,800.

In October 2021, senior Tory MP Owen Paterson was found by the Commons Select Committee on Standards to have breached the rules relating to paid advocacy and lobbying. Paterson had failed to declare an interest as a paid consultant to Lynn’s Country Foods, lobbying on behalf of the company. He also was found to have breached the rules for lobbying on behalf of private health company Randox.

The committee found that Paterson’s “actions were an egregious case of paid advocacy, that he repeatedly used his privileged position to benefit two companies for whom he was a paid consultant, and that this has brought the House into disrepute”. The committee also recommended Paterson be suspended for 30 days.

Johnson and his government initially sought to prevent Paterson being suspended, whipping Tory MPs to set up a new committee to investigate the disciplinary process for MPs instead. Following massive pressure from the media and from opposition parties, the government conceded, and Paterson would eventually resign his seat, rather than facing the suspension. In the ensuing by-election, the Liberal Democrats would win Paterson’s formerly safe seat of North Shropshire.

In December 2021, leaked video footage which showed the then Downing Street Press Secretary Allegra Stratton making jokes about a Christmas party that took place in Number 10, while the country was still in lockdown. That was the first revelation in the scandal that became known as “partygate”, as a series of social gatherings and parties were found to have taken place in Downing Street during the Covid-19 pandemic.

Johnson eventually received a fixed penalty notice following breaches of the law for his participation in one of the parties. Dozens of people engaging in parties at Downing Street were also fined – including Rishi Sunak.

A report from the civil servant Sue Gray criticised the culture at Downing Street at this time. It found, “the senior leadership at the centre, both political and official, must bear responsibility for this culture”.

In January 2022, Tory MP Nusrat Ghani alleged that she was dismissed as a transport minister two years earlier because she is Muslim. According to Ghani, she was told that her “Muslim woman minister status was making colleagues feel uncomfortable” by a government whip.

This was one of many instances in which the Conservative Party has faced accusations of Islamophobia, with one of Johnson’s most loyal ministers Nadine Dorries having retweeted EDL founder Tommy Robinson, backbench MP Michael Fabricant having suggested that Muslims can’t be English, and Johnson himself having previously compared muslim women who wear the Burka to letterboxes and bank robbers.

Johnson’s claim was wholly unfounded with there being no evidence that Starmer was aware of the decision not to prosecute Savile during his time as DPP.

Johnson’s allegations would ultimately led to an exodus of Johnson’s advisers from Downing Street, including his long-standing aide Munira Mirza.

The Prime Minister’s adviser on ministerial interests and ethics Lord Geidt resigned in June 2022. Geidt stepped down, saying that he was “tasked to offer a view about the Government’s intention to consider measures which risk a deliberate and purposeful breach of the Ministerial Code”. He continued by saying that the Prime Minister seeking “to any degree be in the business of deliberately breaching his own code is an affront”, and that, “This would make a mockery not only of respect for the code but licence the suspension of its provisions in governing the conduct of Her Majesty’s ministers”.

8. Boris trying to give Carrie Johnson a £100k a year job

In June 2022, The Times published an article claiming that Boris Johnson sought to get a £100,000 per year job in the foreign office for his now wife Carrie while he was foreign secretary. According to reports, this was only prevented when a senior aide at the foreign office threatened to resign.

The Times removed the story from its later editions and did not publish it on its website. It has since been claimed that this happened following pressure from Number 10.