As the government announces plans to press ahead with the privatisation of Channel 4, we take a look at some memorable occasions when the broadcaster caused unease among Tory ranks. 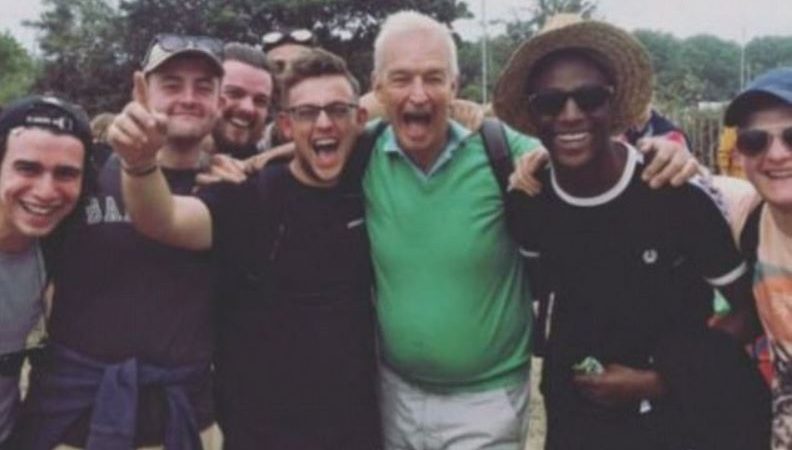 This week’s announcement that Britain’s much-loved Channel 4 will be up for sale created a huge backlash, not just within the industry and the public, but among many Tory MPs and former ministers.

Within hours of the decision being announced, a petition to stop the privatisation garnered thousands of signatures.

Speculation that the move could be “revenge” for Channel 4’s so-called “biased coverage” of the Conservative Party has been circulating, and certainly gathered steam when a senior Conservative MP said as much.

Julian Knight, MP for Solihull and chairman of the Commons Digital, Culture, Media and Sport Committee, suggested that the plans are seen as “payback time” among the Tory party.

“Undoubtedly, across much of the party – there is a feeling of payback time and the word privatisation tickles the ivories of many, “ Knight tweeted.

With Channel 4 News’ pursuit of the truth, putting the spotlight on injustice and “telling you what they don’t want you to know”, the publicly owned but commercially-funded broadcaster has certainly had its moments in holding politicians to account, through, in its own words, applying a “healthy mix of scepticism, humour and mischief.”

LFF takes a look at six memorable Channel 4 moments that caused some unease and backlash within Tory ranks.

During a 2019 election debate on climate change, the broadcaster decided to replace Boris Johnson with a melting ice sculpture. Following the incident, which was referred to by a Conservative spokesperson as a “provocative partisan stunt” which constituted to “making a political opinion in its own right,” the Tories threatened to review Channel 4’s broadcasting remit if they won the general election.

Reports that the legendary broadcaster and now retired Channel 4 News host got swept up in the Glastonbury spirit during the 2017 festival by allegedly joining in ‘f*ck the Tories’ chants, raised a few eyebrows. In a statement about the claims, Jon Snow said: “After a day at Glastonbury, I can honestly say I have no recollection of what was chanted, sung or who I took over 1,000 selfies with.”

The Tories hit back however, with Andrew Bridgen MP saying, “I think it’s time Channel 4 told Jon Snow where to go.” Sentiment shared by ex-minister Rob Wilson, who said Snow had “no credibility now for impartiality.”

In 2019, Dorothy Byrne, the then head of news and current affairs at Channel 4 got caught up in a dispute with Downing Street after she branded Boris Johnson a ‘known liar’ and compared his media strategy to Valdmir Putin’s.

The outspoken comments were made during Edinburgh television festival’s annual MacTaggart lecture. The spat reportedly led to an interview that was due to take place with Boris Johnson during the G7 Summit by Channel 4 News being cancelled with the journalists having their access denied to conduct the interview in Biarritz.

In 2017, during the general election campaign, Channel 4 broke a damning investigative report that showed the Conservative Party had contracted a secret election call centre. An undercover Channel 4 News reporter secured a role at Blue Telecoms in Neath, South Wales, and uncovered potentially illegal practices on behalf of the Tories, including paid canvassing of behalf of Conservative candidates and political cold calling to prohibited numbers.

The Conservative Party denied claims that it broke electoral law by using a call centre to canvass voters.

Conservative MP Philip Davies is no stranger to rallying against the media, having labelled the BBC ‘racist’ for aiming diversity targets at recruiting a broader range of people into management positions.

In an attack on Jon Snow, Davies attempted to belittle the legendary broadcaster as left-wing. During a select committee interrogation of Channel 4, Phillips asked the Channel 4’s former chairman Lord Burns: “Do you think Jon Snow conceals his political allegiances? Are you going to sit there with a straight face and say that?”

The MP went on to say Snow should retire. During a 10-minute argument during Davies’ trip to Channel 4 headquarters, Snow hit back, reportedly saying: “You said I’m left-wing and biased – give me one example of an interview where I’ve been left-wing and biased’.”

The Tory MP told The Telegraph that Jon Snow had started the row.

12 months prior to COP26 in Glasgow, Channel 4 News broke the story that some of the world’s largest fossil fuel companies had lobbied the UK government to support a gas “compromise.”

Citing a freedom of information request obtained by Greenpeace UK’s investigations unit Unearthed and shared exclusively with Channel 4 News’, the broadcaster revealed that in 2020 representatives from ExxonMobil, Shell, Chevron, Equinor and BP, met the then UK trade minister for a private dinner in Texas where natural gas was championed as a “vital part of the solution” to tackling climate change.

Defending the meetings, a spokesperson for the Foreign, Commonwealth and Development Office, called it “a routine engagement with the energy industry focussed on the importance of the transition to a clean energy future.”