Last week’s newsletter looked at the Higher Education (Freedom of Speech) Bill, and the coming strikes. 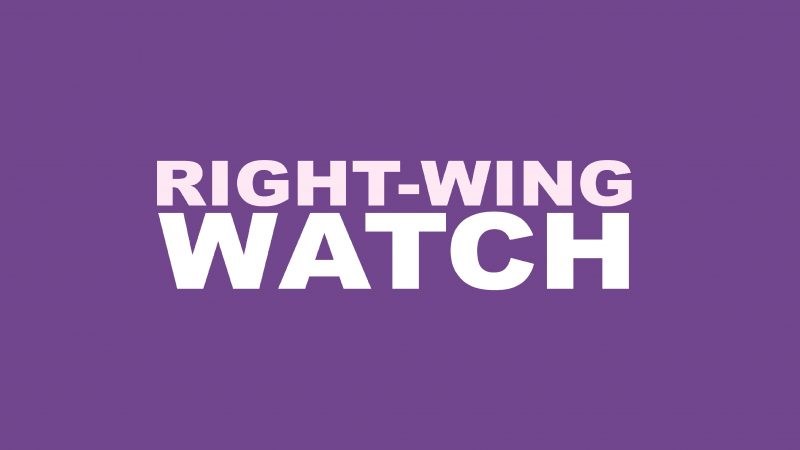 It’s hard to believe that there may be two and a half years left of this Tory government. I was away for a couple of weeks and in that time they provoked a storm of protest and legal challenge over their racist Rwanda deportation plan and proposed tearing up the Northern Ireland protocol which helped finalise the Brexit Withdrawal Agreement. You can’t turn your back for two minutes without the criminals in charge trying to break some more laws.

This week for #RightWingWatch I looked at why over 50% of asylum seekers who were due to be deported on the first Rwanda flight were of Kurdish origin. And I explored why the right wing’s rehashed fantasy of wanting to leave the European Convention on Human Rights is unrealistic.

Some people who are into sadism are able to explore their desires in a healthy way, while other people just become Tory MPs. In the second category, we once again find Priti Patel, who announced this week that she would finally deport Julian Assange to face trial in the US for leaking secret government documents which proved that the US had committed war crimes in Iraq. Not content with just deporting asylum seekers, she clearly wants to signal to journalists who annoy the US government that she will be happy to do the same to them.

Thatcher fan and Heritage Foundation’s British mascot, Nile Gardiner, congratulated Priti Patel on dutifully handing over Assange to the US, saying that not only did the information Wikileaks published cost lives (there is no evidence that anyone lost their lives as a result, as the Pentagon itself admitted in the trial of Chelsea Manning), but that it was necessary to discourage more whistleblowing about US human rights violations.

I think it’s also important to remember that there are other political prisoners around the world who we forget about when we talk about people like Assange. In particular, the Egyptian-British dual national Alaa Abd El Fattah, one of the heroes of the Egyptian revolution in 2011, who has been on hunger strike for weeks, and who the UK government is seemingly doing nothing to help free.

We will force them to be free

The Higher Education (Freedom of Speech) Bill passed the Commons at third reading this week. As noted in this review by Wonkhe, Iain Duncan Smith – who has been doing a lot of work on the issue of Chinese state influence in the UK – managed to get an amendment in to “address concerns around the impact of overseas funding on freedom of speech”, while Jess Phillips moved an amendment to ban the use of Non Disclosure Agreements in university sexual misconduct cases. Other sensible opposition amendments were dismissed entirely.

“The Government like to present themselves as defenders of freedom of speech, but their actions tell us differently, including their plans to arrest noisy protesters and limit others, to restrict the right to vote through voter ID and their outright attacks on the BBC and plans to privatise Channel 4. The Government are interested in freedom of speech only if that speech is framed in their own image.”

As Wonkhe point out, “the central issue here is a perception that it is conservative views (of various stripes) that are unwelcome on campus”. This is an attempt to legislate the culture war, to force universities to tolerate right wing and conservative views under threat of being sued if their propagators are picketed or de-platformed. Anti-abortion campaigners and other social conservatives are rubbing their hands in glee at the prospect of being able to force universities to host them.

Toby Young’s ‘Free Speech Union’ has already been using the threat of legal action under the bill to force the University of Essex to change its harassment policy. The Times Higher Education website reported that,

“The University of Essex made what it described as two “minor revisions” to its “zero tolerance” policy after receiving pre-action letters – billed as preludes to potential judicial review – from the FSU, whose founder and director is the right-wing commentator Toby Young.”

Essex had been forced to apologise to two academics who had been disinvited from speaking at the university when students had alleged that their views on gender were transphobic. The Higher Education Bill and legal threats from advocacy groups like the FSU mean that in future, universities will be obliged to privilege the rights of speakers, even if they are accused of expressing bigoted views, over the concerns of students.

They hate a good strike

Another theme that emerged strongly this week in the right wing PR arsenal was spreading fear about labour strikes. As the power of financial capital has eaten away at labour rights with further restrictions on the right to strike and the mainstreaming of zero hours contracts over the past decade, there has started to be stirrings of a backlash by organised labour.

Hilariously, the Tories are attempting to blame Labour for upcoming strikes by the RMT union, pointing out that even Wes Streeting seemed to defend rail workers’ right to strike on Question Time recently, thereby accidentally marginally improving my perception of Mr Streeting’s slick Blairite persona.

Rail workers have one of the strongest unions, and it’s absolutely within their rights to strike for better pay, because that’s generally one of the only ways you can force bosses to improve your working conditions and salary.

Anyone who wants the power of organised labour to take back some of the control lost to the forces of capital should support the RMT’s strike, and as Imran Hussein has pointed out, attacks on the right to strike are attacks on democracy itself. Transport Secretary Grant Shapps has reportedly been considering plans to make the strikes illegal “if minimum staffing levels were not met”.

The TSSA union is also balloting its members over railway strike action, and RMT’s general secretary Mick Lynch said that “Any attempt by Grant Shapps to make effective strike action illegal will be met with the fiercest resistance from RMT and the wider trade union movement.”

It does feel like there is increasing appetite on the part of organised labour for confrontations with the government and their bosses. Whether these confrontations will be more successful for the unions than they were for their predecessors in the 1980s is hard to tell.

People don’t tend to think of being working class as central to their identity in the way people think of race, gender and sexuality as identity factors – as writer China Mieville discussed with Novara Media’s Ash Sarkar this week. However, I do think that the promise of capitalism, that one day everyone can aspire to be a capital owner, rings increasingly hollow.

The hopelessness of those who can never imagine owning their own home, coupled with the disintegration of the welfare state, is pushing more people to feel their status as one of capitalism’s excluded. That class consciousness is a good thing, and a danger to the capitalist state. Whether that consciousness can be organised to win power and change anything is a chapter yet to be written.