Despite the government’s persistent levelling up rhetoric, poorer cities, predominantly in the north, are being hit harder by the cost of living crisis. 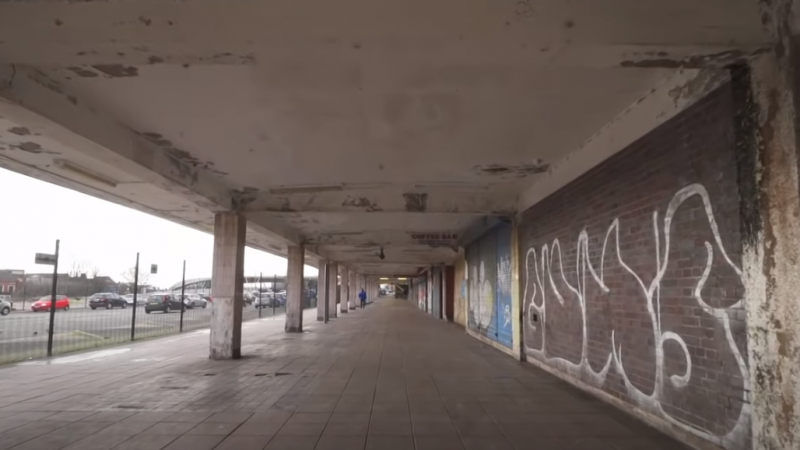 The social and economic disparities between the north of England and the south are widening due to living costs rising at an unequal rate.

A report by the Centre for Cities think tank, which is aimed at understanding economic growth changes in UK cities, shows that greater dependency on cars, inadequate home insulation, and lower wage growth, means inflation is higher in cities in the north of England compared to London and much of the south.

The ‘Out of pocket: the places at the sharp end of the cost-of-living crisis’ report is based on analysis on wage growth and a city-level inflation estimate, developed by Centre for Cities. It finds that inflation is higher in the UK’s poorest cities, with families in Burnley, Blackburn, and Blackpool likely to see higher inflation compared to southern cities like London, Cambridge and Reading.

Centre for Cities says that in May, inflation in Burnley stood at 11.5%, despite the annual inflation rate being 9.1%. In London and Cambridge, inflation was 8.8%.

The report shows that eight of the 10 cities with the highest energy costs are in the north, the Midlands and Wales. In these regions workers are facing being £340 a year worse off compared to households in the south.

The reasons why a number of northern cities have higher inflation rates is, according to the researchers, due to a combination of low incomes, poor energy stock and high vehicle usage and spending.

The leakiest, least insulated homes tend to be concentrated in the north. In Burnley and Blackpool, for example, between 75 and 80% of housing stock is inefficient compared to 60% in London and around 50% in Peterborough and Milton Keynes.

People in impoverished cities like Blackburn, Barnsley and Telford are more likely to be reliant on cars to get around and therefore more exposed to fuel price increases. This contrasts to London and Cambridge where more people use public transport.

Wage growth failing to keep pace with inflation is also impacting geographical disparities with the cost of living. For example, in Milton Keynes, nominal wages in April 2022 were around 6% higher than in April 2021. However, with inflation at 9.2% this represented a real wage fall of over 3%.

In Blackpool, the real wage decrease was even more pronounced, having fallen by almost 7% in the same period, more than double the rate of Milton Keynes.

Andrew Carter, chief executive of Centre for Cities, commented on the findings: “The entire country has been impacted by the cost-of-living crisis but our research clearly shows some areas are being hit much harder than others.

“Worryingly, the north, Midlands and Wales are struggling with higher rates of inflation that are further squeezing finances and leaving their residents hundreds of pounds worse off.

“These disparities prove that levelling up our cities to tackle spatial inequalities and future proof the economy is more important than ever.”

The report’s findings come despite the government’s persistent levelling up rhetoric.

In November 2020, the then chancellor Rishi Sunak promised to reform ‘anti-Northern spending bias’ in part of the government’s ‘levelling up’ agenda. Sunak said the changes would allow “all corners of the UK to get their fair share of our future prosperity.”

Less than two years later and studies like the one compiled by Centre for Cities, show England’s north-south divide continues to widen.

A report published in early 2022 confirms that promises to rebalance the country’s wealth are not materialising. ‘State of the North 2021’ was compiled by IPPR North, the northern branch of the Institute for Public Policy Research thinktank, and compares levels of public investment in London and the south-east with that in the north. The report estimates that in the five years to 2019/20, London received the equivalent of £12,147 per person. In the north, the figure was only £8,125.

Jonathan Webb, co-author of the report, said: “However we measure investment in levelling up – whether we compare with Germany’s successful efforts to rebalance its economy, or to London-level investment – it’s clear that central government simply hasn’t put its money where its mouth is when it comes to rebalancing the economy. Levelling up will be consigned to the list of hollow, unmet promises made to people in regions like the north for a long time now, if it isn’t underpinned by investment and, crucially, fiscal devolution.”

Diane Abbott, Labour MP for Hackney North and Stoke Newington, has referred to the government’s levelling up rhetoric as a ‘Tory lie.’

“If only they put the same effort into levelling up as they put into trying to advance their own careers.”