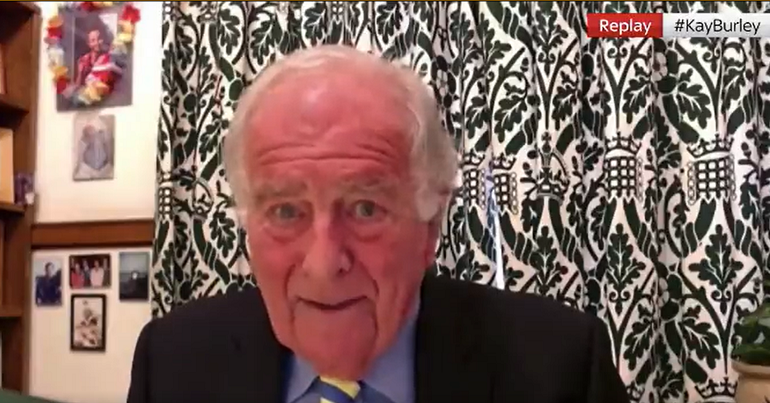 As the partygate saga rumbles on, Boris Johnson yesterday spoke to backbench Tory MPs at the 1922 Committee. It followed a statement he gave in the House of Commons in which he apologised for breaking lockdown rules his own government had set.

His appearance at the 1922 Committee didn’t go down well with one Tory MP. Speaking to Kay Burley on Sky News the veteran Tory Sir Roger Gale was scathing. He claimed to have “stayed for three minutes and left” and said “I found the tone of the meeting from the very beginning – shall we say – very different from the tone in the House of Commons.”

Gale went on to claim there was a “pantomime performance” at the meeting. He said, “I had gone expecting a serious meeting about serious issues. I didn’t expect a lot of bluster and pantomime performance, and I’m afraid that’s what I heard. And it seemed to me that my time was better spent doing other things.”

When asked whether he thought Johnson didn’t take the issues raised by the partygate scandal seriously enough, Gale said “I think you could say that, yes”.

Gale’s intervention comes at a time when Johnson is under increasing pressure to resign. Calls for Johnson’s head have come from the opposition but also within his own party. In the House of Commons on April 19, the former Tory Chief Whip Mark Harper demanded the Prime Minister’s resignation.

On Thursday, MPs will vote on whether to refer Johnson to a formal investigation on whether he misled parliament over his past comments on Downing Street parties. The Prime Minister previously told the House of Commons “there was no party” following initial allegations at the tail end of 2021.