As the milestone birthday of the landmark protest is celebrated, the government is accused of not doing enough to improve access to countryside, and a senior Tory minister describes English countryside as a “place of business.” 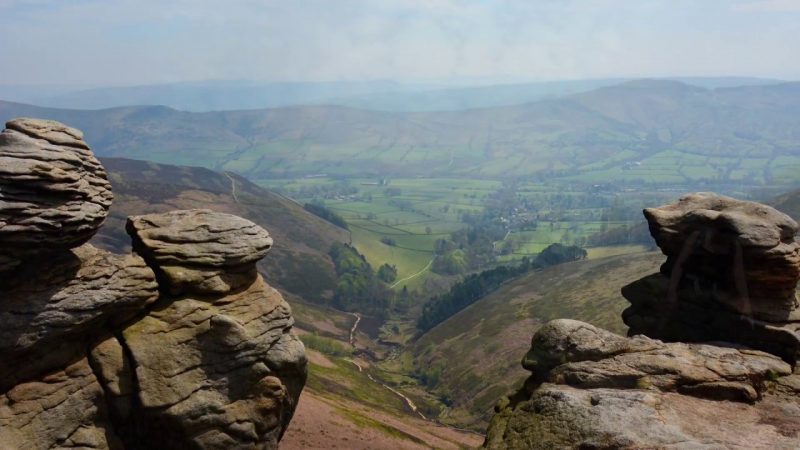 90 years ago today, on the slopes of the Kinder Scout plateaux in the Peak District, a fight broke out between ramblers and gamekeepers representing the aristocracy and three centuries of land enclosure.

On April 24, 1932, a group of around 400 men and women, defied the law that prohibited access to land confined to wealthy landowners in England through the 18th and 19th century Enclosure Acts, and walked over the moorland and hills of Kinder Scout.

On route, the trespassers were confronted by gamekeepers and a scuffle broke out. Managing to break through, the activists entered the prohibited land on Kinder plateaux and met up with ramblers from Sheffield on the other side of the highlands.

With their heads held high, the ramblers walked back to the village of Hayfield where police were waiting to make arrests.

The protest was co-organised by young Benny Rothman, who was secretary of the British Workers’ Sport Federation, a wing of the Communist Party, which was committed to organising walks for workers in Manchester and the surrounding towns.

Following the arrest of six young men and the subsequent imprisonment of five, including Benny Rothman, the protests sparked a wave of sympathy and support for the ramblers, fuelling the ‘right to roam’ movement.

The Mass Trespass went on to have a deep political footprint and is widely regarded as one of the most important acts of civil disobedience in UK history.

In 1949, the National Parks legislation was passed, helping pave the establishment of the Pennine Way and other long-distance footprints, achievements that have been attributed to the Mass Trespass of Kinder Scout.

In 1951, the Peak District was the first area to be designated as a national park. By the end of the decade, other national parks were established across the country, including the Lake District, Snowdonia, Exmoor, and the Yorkshire Dales.

Despite the protest trespass unleashing the right to roman movement and giving people access to countryside we now take for granted, today we still have a right on roam on just 8% of English land, while 92% is off limits.

On March 22, Green MP Caroline Lucas tabled an Early Day Motion urging the government to extend the right to roam. The motion highlights the growing body of evidence demonstrating the importance of access to nature for health and wellbeing, while pointing to concerns that people from ethnic minorities or with low incomes are less likely to live near green space and 2.7 million people in the UK have no publicly accessible green space within easy walking distance from their home.

Dedicating to promoting access to green spaces to everyone, is today’s Kinder In Colour event.

With the unequal access to countryside present in modern Britain, the event is dedicated to bringing together Black people and people of colour to “walk, dance, sing and take up space on Kinder Scout and highlight that this Green and Pleasant Land belongs to us too.”

The event hopes to create one of the largest countryside gatherings of people of colour in English history.

As celebrations are held on Kinder Scout, reports emerged this week that the government has quashed a review into the right to roam in England’s countryside.

In 2021, the Treasury commissioned Lord Agnew to lead a review into access to nature, asking respondents for “radical, joined up thinking” to achieve a “quantum shift in how our society supports people to access and engage with the outdoors.”

However, on April 20 – the anniversary week of the Kinder Trespass – it was disclosed that the government has quelled the review into the right to roam. The decision sparked anger among campaigners who say the law of trespass stops people walking freely around the country.

Mark Spencer says English countryside is a “place of business”

Anger intensified when Mark Spencer, Tory MP for Sherwood, and leader of the House of Commons, said, in response to questions by Caroline Lucas about the shelving of the right to roam report, English countryside is a “place of business” and already has “hundreds of thousands of miles of public footpaths.”

“I think we are blessed in this country with hundreds of thousands of miles of public footpath to allow people to access the countryside. We have to recognise the countryside is not just a place of leisure, but it is also a place of business and food production,” Spencer said.

To which Lucas responded: “Utterly feeble ‘defence’ from leader of house on government quashing review into the right to roam. Working and leisure are not incompatible – is this really the government’s excuse?”

James MacColl, head of policy, advocacy and campaigns for the Ramblers, a walking charity working to protect and expand the places people love to walk and promote walking for health and pleasure, said the government is failing to do anywhere near enough to improve access to the countryside.

“The government … isn’t making use of its own Environment Act powers to set public access targets. Its new farm payments scheme shows no sign of rewarding farmers for improving access on their land, despite repeated promises. Proposed changes to the planning system don’t prioritise access to nature,” said MacColl.

“As the Ramblers continue to campaign for access rights, this weekend we’ll be celebrating the 90th anniversary the Kinder Scout trespass, a landmark protest on the route to improving access to the countryside for all.

“Access to these green open spaces is still currently very limited and unequal and the Ramblers wants to see government extend the freedom to roam across England and Wales so that it is more easily accessible, and better connected to our path network and our towns and cities,” he added.

The irony and hypocrisy of the MPs who fondly embellish the Kinder Trespass, while, in the next breath, vote for a Policing Bill which would criminalise protests, has also been flagged. As Right to Roam campaigner, Jonathan Moses writes:

“MPs who denounce the politics of the trespassers still coo approvingly at the actions they, and others like them, took. All while supporting laws such as the recent Policing Bill which would criminalise protests half as disruptive as Kinder’s trespass.”