A bank alert filed with the National Crime Agency implicates Ehud Sheleg, a major Tory donor and once treasurer, with pouring cash originating from Russia into the party. 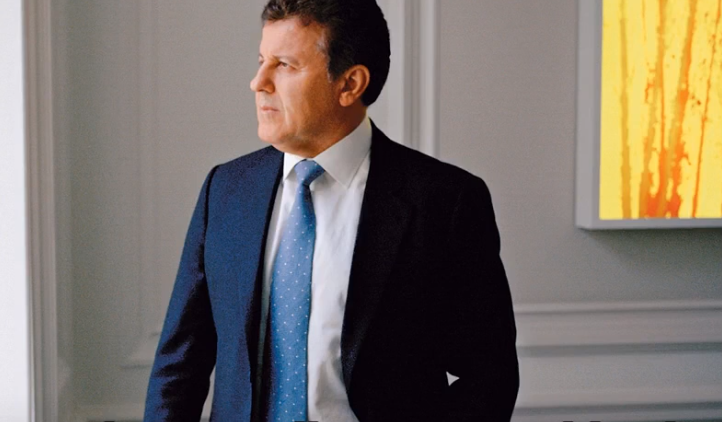 As Boris Johnson and the Conservative Party attempt to distance themselves from oligarchs  and get tough of Russian money, a fresh revelation involving one of the biggest donations to the party originating from a Russian bank account has surfaced.

The donation was made in the name of Ehud Sheleg.

Not only was Ehud Sheleg – a millionaire London art dealer – one of the biggest donors to the Conservative Party, having donated over £3.5 million since 2017 and organised fundraisers for Boris Johnson when he was Mayor of London, but he was the party’s treasurer from 2018 to 2021.

The donation was part of a surge in contributions that are said to have helped Boris Johnson make historic gains in Labour-held constituencies and earn a landslide win in the 2019 general election.

Sheleg’s associations with Russia and former high-ranking position within the Conservative Party has put Johnson, who claims the UK is rooting out dirty Russian money, under wider pressure to explain donations with Russian links.

According to documents filed with authorities and seen by the New York Times, the large sum of money donated to the Conservatives originated in a Russian bank account.

Barclays Bank says the donation began its journey from a Russian account belonging to Sheleg’s father-in-law, Sergei Kopytov, and flagged the contribution to the National Crime Agency (NCA) as a potentially illegal campaign donation and suspected money laundering.

Kopytov was once a senior politician in the former pro-Kremlin government of Ukraine, and owns businesses in Russian-occupied Crimea and Russia.

A memo from Barclays to NCA in January 2021, which was seen by the New York Times, reads: “We are able to trace a clear line back from this donation to its ultimate source.”

Sheleg’s lawyer said that Sheleg and his wife admit to receiving millions of dollars from his father-in-law in the weeks before the donation, but they were “entirely separate” from the contribution to the Conservatives.

Following the New York Times’ report about the donation being secretly funnelled from a Russian account, Johnson denied any impropriety, insisting all donations are “registered in the normal way.”

“To give donations to a political party in this country, you’ve got to be from the UK,” said Johnson, when pressed about the donation in an interview Sky News.

While there is no sign that Johnson or the Conservative Party were aware of the source of the donation put forward by Barclays Bank, under English law, political parties are accountable for ensuring donations come from legal sources.

According to Sheleg’s lawyers, the party did not request additional documentation or information when he made the donation.

In a statement provided to the New York Times by Sheleg’s lawyer, Kopytov said he has “no interest in British politics whatsoever.”

“Any donations made by my son-in-law to a British political party have nothing to do with me or with the money I gifted to my daughter,” he said.

Though according to the alert to the NCA, in January 2018, $2.5 million was transferred from Kopytov’s Russian account to empty bank accounts belonging to Sheleg and his wife. The money landed in an offshore account linked to Sheleg’s family trust and, several weeks later, arrived in the couple’s joint account in the UK. The following day, $630,225 was wired to the Conservative Party’s bank account.

“Kopytov can be stated with considerable certainty to have been the true source of the donation,” says the alert.

Boris Johnson’s Conservative Party is not immune to claims that they shielded Russian oligarchs’ cash and helped make Britain a safe haven for the world’s dirtiest money, while receiving donations from benefactors with links to Russia.

This latest revelation involving Conservative Party funding linked to Russia is especially disconcerting, given the donor was a recent Treasurer of the party.

The British-Israeli businessman Ehud Sheleg is a director of the Halcyon Gallery in London.

In July 2019, in the Prime Minister’s Resignation Honours, Sheleg was appointed a Knight Bachelor and Johnson named him the new treasurer of the Conservative Party.

The billionaire is no stranger to scandal, with Private Eye claiming a track record of “unfiled accounts, unpaid suppliers, investigations and VAT penalties from HM Customs and Excise, along with millions of pounds in dodged tax”.

On the appointment of Sheleg as treasurer, Private Eye reported: “Our special report earlier this year revealed not just Sheleg’s close relations with Moscow, hosting Russia’s ambassador at the height of post-Crimea-invasion sanctions in 2015, but also his major deal with organised-crime-connected figures in establishing a Cyprus outlet of Halcyon the same year. At a minimum, due diligence appears not to be Sheleg’s strong suit.”

It was reported by The Times that Sheleg helped create a secret advisory board made up of ultrawealthy Conservative donors.

As the New York Times notes, during his time as treasurer, the Tory Party received a flood of donations linked to Russia.

In September 2021, seven months after the bank alert flagged up the donation, Sheleg quietly left his role as Conservative Party treasurer.

Commenting on the case, SNP MP Alyn Smith said: “For far too long the Tory party has shown themselves quite content to keep their eyes closed and wallets open – with serious questions over Russian-linked money sustaining the party.

“The latest reports by the New York Times only raises further questions that the Tories cannot continue to ignore. They must come clean over the flow of dodgy donations flooding the party’s coffers that can be sourced back to Kremlin-linked figures.”

In response to reports about the donation, a Tory spokesperson said: “The Conservative Party only accepts donations from permissible sources, namely individuals registered on the UK’s electoral roll or UK registered companies.

“Donations are properly and transparently declared to the Electoral Commission, openly published by them and comply fully with the law.”