Almost 70% of those asked support investment in green energy, compared to just 17% who back extraction of shale gas. 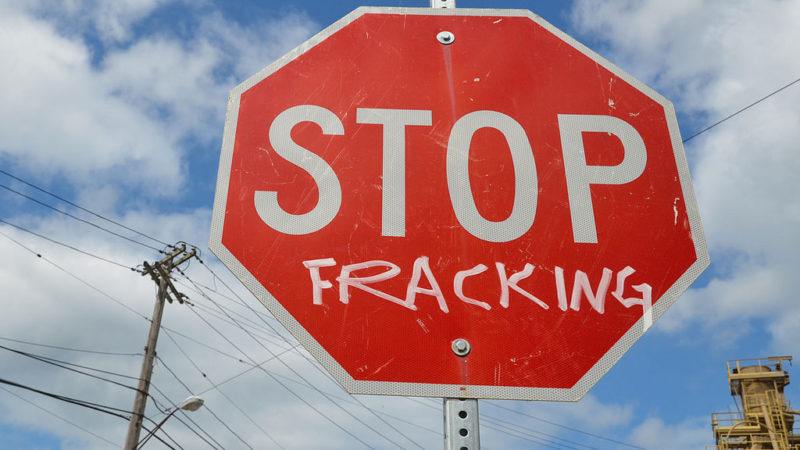 An overwhelming majority of the public believe investing in renewable energy is the best way for the UK to generate more energy and improve its energy security, an exclusive poll for LFF has found.

66% of those asked said they are behind renewable energy investment, compared to 17% who support fracking, and 16% who said they don’t know what the best method would be, according to a poll conducted by Savanta ComRes.

Fracking was halted in the UK in 2019, amid opposition from environmental groups over earth tremors.

However, with soaring energy costs, calls have been made to rethink the ban.

Reports that fracking is back on the agenda in the UK have surfaced in recent months. In March, the Telegraph reported that Boris Johnson has ‘opened the door to the return of fracking in the UK’, amid dangers of Europe relying on Russian oil and gas.

In the same month, a consortium of 34 pro-fracking Tory MPs and five peers wrote to Johnson urging him to reverse plans to end fracking, claiming Britain must embark on a ‘national mission’ to secure its energy independence and reduce reliance on imported gas.

The prospect that fracking could return to the UK has riled environmental groups.

Greenpeace UK’s head of energy Rosie Rogers said that attempting to restart fracking now would only mean wasting more time, with no impact on energy bills.

“If the UK and Europe want to end their dependence on Russian gas, the quickest way to do that is by insulating homes, installing heat pumps and boosting renewables,” said Rogers.

As our poll confirms, it is not only environmental groups and campaigners that oppose the controversial, dangerous and harmful technique of drilling into the earth to recover gas and oil from shale rock.

The polling results show some interesting perceptions on the best way for the UK to generate more energy and improve its energy security and respondents’ political ideologies.

The poll also explored comparisons between respondents’ thoughts on the best energy solutions for the UK and how they voted in the 2016 EU referendum.

It found that Brexiteers are more likely to back fracking than Remainers, with 27% of Leave voters saying they support shale gas extraction, compared to just 10% of Remainers.

However, the majority of public are behind the investment in renewable energy, with 60% of Leave voters and 80% of Remainers supporting green energy over fracking.

Public’s support of renewables is unsurprising

For environmental experts, with the detrimental impact fossil fuels have on the cost of energy and on the environment, the public’s backing of green energy and opposition to fracking, as shown in our poll, comes as little surprise.

Dr Doug Parr, Head of Policy at Greenpeace UK, spoke of overwhelming public support for renewables and bewilderment as to why some Conservatives support fracking.

“Fracking remains spectacularly unpopular because the UK industry has demonstrated most of the problems inherent in the technology – noise, traffic, tremors, pollution – without ever demonstrating any benefit.

“The only mystery here is why a minority of Conservative MPs disagree and insist on backing losers. Financial interests can’t really explain it – why would they invest their money in a dubious technology like fracking when it’s obvious to everyone else that renewables are taking over the world?

“It seems as though previous efforts by some right-wing commentators to turn the issue into a front in the culture wars – efforts which failed entirely with the public – actually worked a bit too well on some less scientifically literate backbenchers,” Dr Parr continued.

Chris Venables, head of politics at Green Alliance, an independent think tank and charity focused on ambitious leadership for the environment, said: “Our reliance on fossil fuels has driven up energy bills and exposed our energy security. It’s unsurprising that people want cheap, clean and homegrown renewables to power their homes.”

Calling on the government to act quickly in the expansion of renewable energy, Venables added: “The government now needs to get on with expanding renewables and improving energy efficiency, which are critical to meeting our climate targets and easing living costs.”

Steve Trent, founder and CEO of the Environmental Justice Foundation, a non-governmental organisation that aims to protect the natural environment and the people and wildlife that depend on it, spoke of how people are recognising the need to invest in renewables.

“The average wind farm’s capacity is double that of what it was in 2016, and solar and wind now provide the cheapest source of new power for 67% of the world. Renewables are ready now and strong state investment in accelerating the pace of renewable roll-out and boosting energy efficiency can see us end the fossil fuel age for good.

“The public are recognising this fact. They are recognising that decisive action on climate is not a ‘cost’: it is an investment, not just in our future, but in our survival. Such investment would represent the greatest cost-saving of human history. This is the real answer to mitigating climate breakdown, addressing energy security and helping minimise the cost of living crisis.

“Not only does fracking release methane, pollute drinking water and threaten wildlife, it directly threatens the health of those living around fracking sites. It is a false solution to the energy crisis when most renewable options are now cheaper to build than even the cheapest new fossil fuel developments. There is no longer any need for any fossil fuels or alternatives to be used in “bridging” away from the most polluting of them; it’s time for renewable energy to take over,” Trent told LFF.