‘When the government finds itself in difficulties as a result of its own policies, it resorts to xenophobic and outright racist measures’ 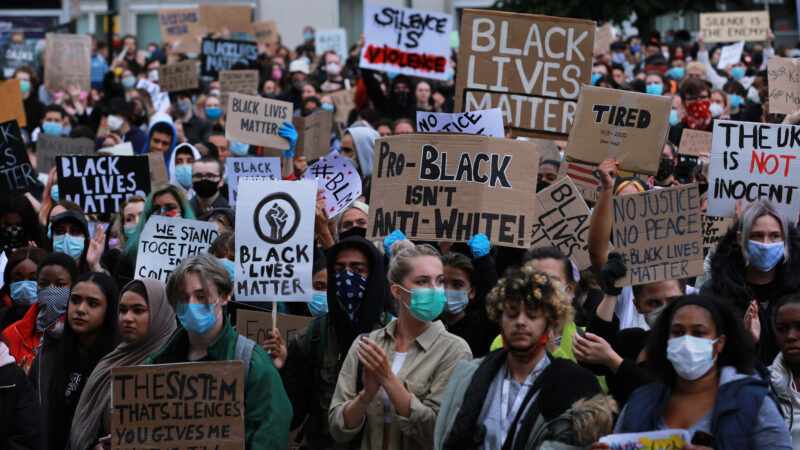 The crisis of the Johnson leadership is likely to see a desperate series of attempts to shift the political agenda by continuing and extending the most reactionary components of its programme.

This is a government which already runs a permanent propaganda campaign against migrants and migration, even while ministers travel far and wide trying to drum up even cheaper labour than has gone back home to the EU. When it finds itself in difficulties as a result of its own policies, it resorts to xenophobic and outright racist measures, even while denying that institutional racism exists.

So, the latest personal crises for Boris Johnson, which are a permanent feature of his life but is now the sole priority for government, means that we are likely to see more of the same, perhaps much more.

That is why I am pleased to say that many others have answered the call for a conference for this Saturday, June 11, a ‘Conference for the Black Child’.

This was the theme for a conference that I called over many years. Unfortunately, it is needed now as much as ever.  Underlying it is the idea that there is a continuum between being marginalised or brutalised in a school context and ending up in the criminal justice system, and I think police want to be in school as part of a criminal justice system push. It is not something that used to happen, and it is not really about helping the school community at all.

The catalyst this time was the notorious strip search in school of Child Q. She was then a 15-year-old girl. She was menstruating at the time yet was forcibly strip searched by police officers in response to an allegation that she was in possession of cannabis. The allegation proved to be completely unfounded.

The case raises issues not only about the unnecessary traumatising of the child but also about the experience of black parents. Her parents called the police before. And it seems as if because the mother, after the first police intervention, went to school to complain, the second police intervention was quite punitive.

It was a show of aggressive raw power, almost like saying to the mother ‘this is what we can do to your child.’

It has since emerged, thanks to the use of Freedom of Information requests by the BBC that there have been a total of 13,000 strip searches of young people under 18 by police forces over the past five years. This is almost certainly an under-estimate as only 31 of 44 police forces provided data.

Separate data revealed that 75% of the children who were strip-searched by the Met in custody over the past three years were from ethnically diverse backgrounds. Leading Metropolitan Police officers admit the force is institutionally racist, even while ministers furiously deny it.

Of course, the scandal of the strip searches is not the sole factor affecting Black pupils in our schools. Far from it, and the conference will discuss many of them. And the of course, racism does not end outside the classroom. It just begins there.

But these incidents and this issue is a unifying one because it horrifies so many people. We want a big turnout, to provide the widest possible discussion, and to send a clear message to this government.