“How about an enquiry into the 4.3bn fraudsters have gotten away with? Or billions in dodgy PPE contracts?” 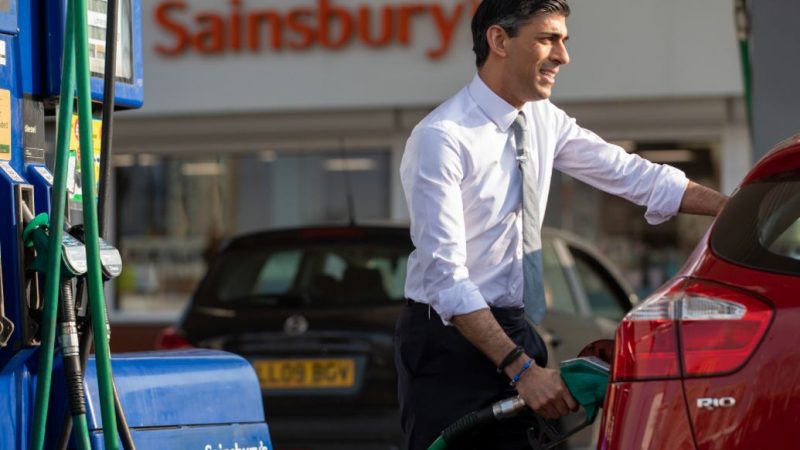 The chancellor has been slammed for his ‘arrogance’ and lack of ‘self-awareness’ after ordering an inquiry into who leaked his wife’s tax status to the media.

The move came after it was revealed that Akshata Murthy had ‘non-dom’ status, meaning that she was saving millions of pounds in tax on dividends collected from her family’s IT business empire.

Since the story broke and after mounting pressure, Murthy has pledged to pay UK taxes on her worldwide income, saying that she did not want her non-dom status to be a distraction for her husband.

Sunak has also faced yet more damaging revelations, including the fact that he held a US green card while living in Downing Street. By holding a green card Sunak would have been required to pay taxes to America on his international earnings and have permanent resident status in the US.

The chancellor has decided to come out fighting and has demanded an inquiry into who leaked his wife’s tax status, seemingly more concerned with who informed the public that his wife avoided paying tens of millions of pounds in tax than the tax avoidance itself.

Sky News reported that Sunak has personally ordered the review, with a close source revealing it will be made ‘with a view to potential criminal prosecutions’, as it is a crime to leak someone’s tax status.

Labour MP Dawn Butler tweeted in response to the news: “Hang on, he demands an enquiry into public being informed that his wife has avoided millions of pounds in UK tax?

“How about an enquiry into the 4.3bn fraudsters have gotten away with? Or billions in dodgy PPE contracts?

“Is being a MP his side hustle?”

One social media user wrote: “UK minister & Chancellor Sunak orders an inquiry to find the person who dared to reveal the TRUTH of his & his wife’s tax & residential status. The TRUTH obviously hasn’t been a part of British politics for a generation since the Tories got in power, so this must be investigated”.

Another added: “Incredible that Rishi Sunak seems to think that pursuing an inquiry into how his wife’s use of legal loopholes to avoid paying £20 million(!) in tax would be a good move. What a staggering lack of judgement. Highlights his clear conflict of interest.”