“I think the prime minister should take responsibility for his actions” 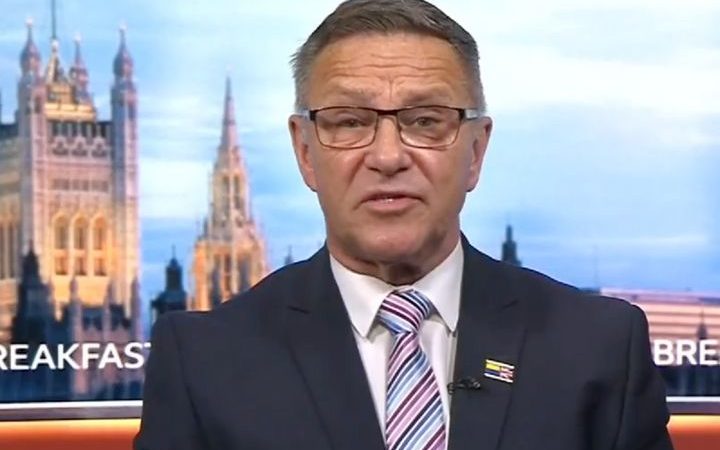 While Boris Johnson is in India, a Tory MP has reiterated calls for the prime minister to resign after he was fined by the Met for breaking lockdown rules.

Craig Whittaker demanded Johnson resign earlier this morning, during an interview with BBC Breakfast, while also claiming that around a dozen Tory MPs share his view and have done so publicly.

Whittaker said: “I think the prime minister should take responsibility for his actions.

“I don’t believe for one minute that he has done that yet, an apology doesn’t constitute taking responsibility and that’s why I’ve asked him to resign.”

Whittaker said there were probably more Tory MPs who think that Johnson should quit but suspects that they are keeping their ‘powder dry’ and are waiting to see how things develop.

It comes after Johnson apologised for breaking the rules, despite for weeks insisting that no rules were broken and that all guidelines were followed.

Asked on Thursday whether there were any circumstances in which he’d consider resigning, Johnson replied: “Not a lot springs to mind at the moment.”

Tory MP Mark Harper has also told Johnson to quit, submitting a letter of no confidence in the prime minister, and accusing him of not being worthy of his position.

The government is now also trying to delay a vote on an investigation into whether Boris Johnson lied to Parliament over the partygate scandal.

A Labour led motion calling for a parliamentary investigation into whether Johnson lied to the Commons takes place today. Rather than getting MPs to block it, the government has tabled an amendment to defer the vote on the Commons inquiry until the Metropolitan Police’s own probe into lockdown-busting parties in Downing Street and Whitehall has concluded.

It’s believed that the Tories have tabled the amendment because whips fear mass abstentions and after realising that, amid a growing backlash, they could not whip Tory MPs into blocking an inquiry.

Johnson’s MPs are now on a three-line whip to back the new amendment.

Travel Agent Near Me