The trade union Unite has won pay rises of up to 28.5 per cent 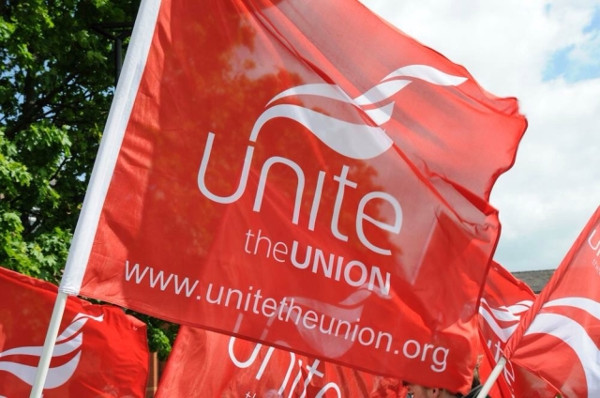 As the cost of living crisis continues to bite, trade unions are gearing up for a so-called ‘summer of discontent’. Plans are already in place for thousands of workers on the railways to strike over pay and conditions at the end of June. Workers in the NHS, colleges and the civil service are among those balloting for strike action in similar disputes.

These actions have the potential to cause major disruption to the UK economy. But crucially, they could lead to major pay rises for workers across the country, putting more money in people’s pockets at a time when the cost of living is rising.

Trade unions have already shown in recent months that when they stand up for their members, they can win. Among those who have had huge success in securing increases in workers’ pay is Unite – one of the country’s biggest unions.

On June 13, Lloyds Banking Group confirmed it would be awarding a £1,000 bonus to staff to help with the cost of living crisis. Unite members push for the bonus for low paid employees at the bank in a campaign which culminated in a demonstration at the Lloyds AGM.

Workers at Gatwick Airport that assist passengers with mobility issues were given a whopping 21 per cent pay rise in June, backdated to April 1. The workers are employed by Wilson James on the mobility contract at Gatwick.

Unite Regional Officer Andrew Stanley Ward said, “These victories have been achieved through the hard work and dedication of Unite’s reps at both companies.”

It’s not just at Gatwick that Unite has won pay increases for workers that assist those with mobility issues. At Glasgow Airport, Unite negotiated a 10.2 per cent pay rise for workers employed by OCS Group.

Unite General Secretary Sharon Graham said, “This is another great win by Unite at Glasgow Airport, this time for around 100 OCS Group workers. It’s the latest example in a string of successes for Unite in securing better pay, terms and conditions for our members across Scottish airports.”

Following strikes that began in April, workers at the Oxford MINI plant secured a massive pay rise of 19 per cent over two years. With an additional lump sum, the pay packet for dayshift workers at the plant will increase by £4,000 per year.

Unite General Secretary Sharon Graham said of the workers at the plant, “Their determination and solidarity achieved this increase and they are now, rightly, £4,000 better off.”

At the end of May, the oil company TotalEnergies agreed an improved pay deal for offshore workers backdated to January 1.

John Boland, Unite Regional Officer said, “Unite welcome the improved pay offer by Total Energies which has today been accepted by our members. Constructive discussions took place between Unite and Total Energies in which the impact of the current financial crisis was acknowledged.”

50 baggage screeners at Glasgow Airport saw their basic pay increased from £10 to £11.50 per hour in May. The workers also secured a £500 bonus.

The pay increase is one of many Unite has won over the past year, with workers seeing their hourly pay rise from £8.95.

Pat McIlvogue, Unite Regional Industrial Officer, said: “In February our members at ICTS were on £8.95 per hour but through several deals we have successively increased the basic rate of pay which means that it has in effect increased by 28.5 per cent.”

Unite representatives at the Plymouth Devenport dockyards negotiated a £1,500 across the board pay increase for workers employed by Babcock International. For the lowest paid workers, that deal eqates to a 13 per cent pay rise.

Unite Regional Secretary for the South West, Steve Preddy, said: “This pay deal demonstrates what can be achieved when employers enter into negotiations with Unite to examine ways to tackle the cost of living crisis.”

8. 12 per cent pay rise for street cleaners and refuse collectors

Workers collecting bins and cleaning streets in Rugby went on strike in April. As a result of their action, they secured pay increases of up to 12 per cent from the Tory controlled Council.

Unite Industrial Officer, Marc Jackson, added: “Unite is delighted to secure such a great deal across the board for our members at McPherson’s. We have also doubled our shop stewards who have done a great job negotiating with the company.”

Workers at a car bearing manufacturer in County Durham took a wave of rolling strike action from March in a dispute over pay. The strikes led to an improved pay deal from the employer, which saw the workers receive an increase in pay backdated to September 2021.

Unite General Secretary Sharon Graham said: “Our members at NSK Bearings and ASK Precision Ball in Peterlee won this dispute by standing together.