Wolfson, who was granted peerage by David Cameron after donating more than £350,000 to the party, takes home his highest remuneration level since 2015, despite opposition over pay inequality. 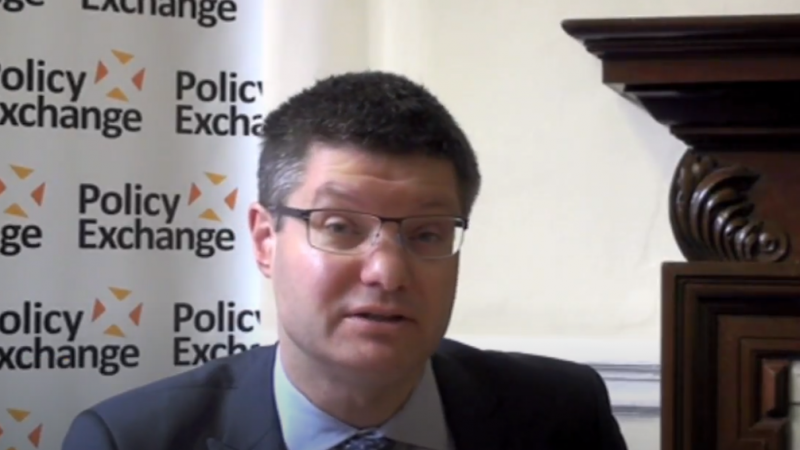 Clothing retail giant Next is facing a backlash over its executive pay system, which has seen the company’s CEO Simon Wolfson earn £4.4 million this year, after being awarded an annual bonus worth 100% of his basic salary.

Simon Wolfson is the son of Lord David Wolfson, former Next chairman who was also a Conservative peer and was chief of staff to Margaret Thatcher. When he joined the fashion retailer in 1991, Simon Wolfson was the company’s highest paid consultant ever. He was made chief executive of Next in 2001 at the age of 33, making him the youngest chief executive of a FTSE 100 company.

The prominent businessman and supporter of the Conservatives donated to David Cameron’s campaign in the 2005 leadership elections. The Telegraph named Wolfson as the 37th most-important British Conservative in 2007. He had donated more than £350,000 to the party when Cameron made him a peer in 2010. Wolfson took a high-profile role in Cameron’s general election campaign by organising business rebellion against Labour’s planned National Insurance tax rise. He was among a number of prominent businessmen who signed a latter during the 2010 election campaign that backed the Tories’ proposal to block a hike in National Insurance.

The businessman has donated hefty sums to the Conservative Party. Donations registered with the Electoral Commission from 2005 to 2015 total £417,350, plus an additional £10k donated to David Cameron during his election campaign. A prominent Leave campaigner, Next’s chief executive also donated £50,000 to Vote Leave on 24 May 2016, a month before the EU referendum.

The Tory peer is a trustee of the Policy Exchange, a right-wing think-tank which was launched in April 2002 by two former executives of Asda – Archie Norman and Francis Maude. Policy Exchange, which refers to itself as an “independent, non-partisan educational charity,” has been described by The Telegraph as “the largest, but also the most influential think-tank on the right.” The Washington Post said reports by Policy Exchange “often inform government policy in Britain.”

Wolfson has been a trustee of the neoconservative orientated think-tank since December 2008.

He is also a trustee of the Charles Wolfson Charitable Trust, which was set up by his father David Wolfson, and his grandfather Charles Wolfson. The UK grant making charity is controlled by wealthy Wolfson family, and funds the Policy Exchange, as well as Civitas. Also known as the Institute for the Study of Civil Society, Civitas is a London-based right-wing think-tank, which has been described as part of the “infrastructure of the conservative movement in Britain.”

Additionally, Simon Wolfson is an advisory board member of Open Europe, a Eurosceptic think-tank that has neoconservative connections. He is also founder of the £250,000 Wolfson Economics Prize, which is run in partnership with the Policy Exchange and is the second largest economic prize in the world after Nobel.

Shareholders back decision to reward CEO with obscene pay rise

On May 19, 2022, shareholders in Next backed the company’s decision to reward the CEO with £4.4 million, in spite of opposition from some investors over concerns about the disparity between executive pay and bonuses and the wider workforce as the cost-of-living crisis escalates and many families are struggling to choose between heating and eating.

The decision to reward the company boss with an obscene pay rise triggered a ‘red top’ warning from the Institutional Voting Information Service (IVIS), which advises investors on corporate governance, that shareholders should vote against the annual remuneration reports of both Next and the Restaurant Group.

Objection has also been expressed over the pay increase coming after Next benefitted from government support during the Covid-19 pandemic, including furlough pay for workers and business rates relief.

According to a spokesperson for Next, the company has repaid the £29m of business rates relief and given back the further support it received when its shops reopened.

Despite opposition from some investors over concerns about an executive pay rise in the current climate, just 7.5% of shareholders challenged the proposal to pay Wolfson an annual bonus worth 100% of his basic salary and two share bonuses based on long-term performance.