“It is incumbent on all of us to set high standards for ourselves and to take action when they are not met by others.” 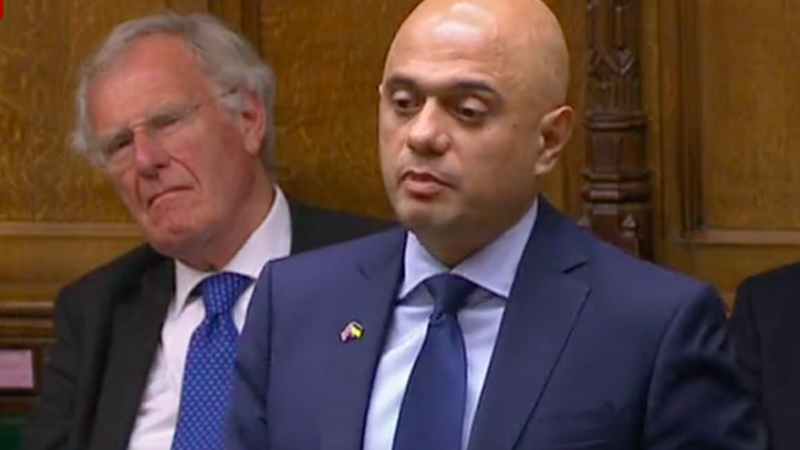 Javid told Johnson that he believed the problem ‘starts with the top’ after he quit the cabinet along with Sunak last night, leading to a wave of resignations and public letters of no confidence from Tory ministers and MPs.

Making his statement, Javid told Parliament: “It is incumbent on all of us to set high standards for ourselves and to take action when they are not met by others.” He also added: “Treading the tightrope between loyalty and integrity has become impossible in recent months”.

The resignations of Javid, Sunak and others came after Johnson was forced to give a humiliating apology over his handling of the row over former deputy chief whip Chris Pincher.

In both their letters, Sunak and Javid gave a scathing assessment of Johnson’s premiership. Javid wrote: “I am instinctively a team player but the British people also rightly expect integrity from their Government. The tone you set as a leader, and the values you represent, reflect on your colleagues, your party and ultimately the country.

“Conservatives at their best are seen as hard-headed decision-makers, guided by strong values. We may not have always been popular, but we have been competent in acting in the national interest.

“Sadly, in the current circumstances, the public are concluding that we are now neither. The vote of confidence last month showed that a large number of our colleagues agree.

“I regret to say, however, that it is clear to me that this situation will not change under your leadership – and you have therefore lost my confidence too.”

Expanding on his statement from yesterday, Javid also told a packed Commons chamber today that “enough is enough,”, as he declared he was no longer willing to “risk losing my integrity” by serving in Mr Johnson’s government.

He added: “The reset button can only work so many times.

“There’s only so many times you can turn that machine on and off before you realise something is fundamentally wrong.

“Last month, I gave the benefit of doubt one last time but I have concluded that the problem starts at the top and I believe that it is not going to change.”