An investigation by the independent fact checker confirms that the transport secretary and other Tory MPs have got their figures wrong when it comes to what striking rail employees earn. 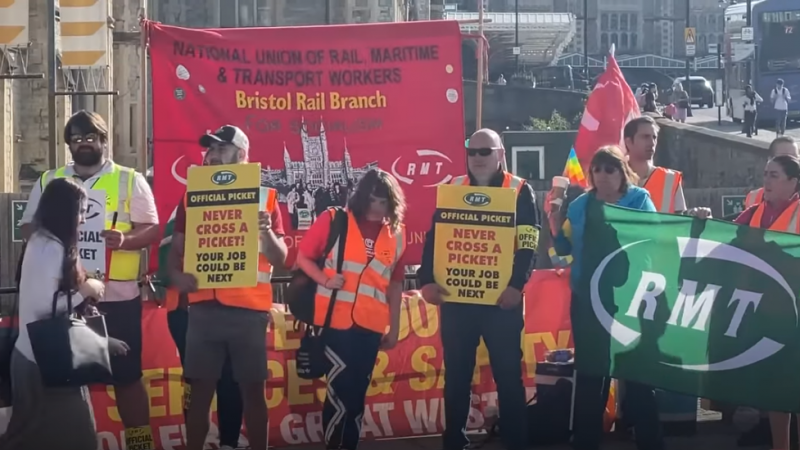 The pay of railway workers has been widely discussed this week, with different sources citing significantly different figures.

In an interview with Sky News, transport secretary Grant Shapps claimed the typical rail employee earns £44,000 a year. In the same breath Shapps said nurses earn an average £31,000 a year, seemingly insinuating that, as “they do not get a bad deal”, it would be unfair to give rail workers a pay rise.

The £44,000 sum was repeated by Tory MPs, Chris Philip, Jonathan Gullis and Nick Fletcher, when discussing the strikes.

The RMT union tells a different story, saying the average RMT member working in rail earns around £33,000, including all workers, from maintenance crew to in-house cleaners.

The right-wing papers haven’t held in peddling similar exaggerations about the pay of rail workers .The Express for example insists that railway staff have already received pay rises and bonuses, something which, in the paper’s words “contradicts claims made by the hard-Left union’s boss.”

Full Fact does its own digging

“While the salary referred to by Mr Shapps and others includes workers defined as working in the rail sector, it doesn’t represent those who are participating in this week’s national rail strike,” says Full Fact.

The campaigners for the truth continue that the strike mainly involved members of RMT who work on railways. This does not include train drivers, who the likes of Shapps and other Tory MPs are including in the figures. Train drivers belong to the ASLEF union.

The Department for Transport had told the BBC that the £44,000 figure had come from the Office for National Statistics (ONS), which cited the median rail sector salary in 2021 as £43,747. However, as Full Fact points out, the ONS defines these workers are those employed as rail travel assistants, rail and rolling stock builders and repairers, rail construction and maintenance operatives, train and tram drivers and rail transport operatives.

Talking to the BBC, the RMT had said that in removing train drivers and adding cleaners to the equation, which more accurately represents those involved in the industrial action, you get a median salary of £33,000.

“It would appear that the median salary of those participating in the current RMT national rail strike action is significantly below the median rail worker salary of £44,000 being referenced by the government, though these figures solely refer to RMT members participating in the national rail strike, and do not include workers involved in Tuesday’s tube strike or the upcoming driver’s strikes.”